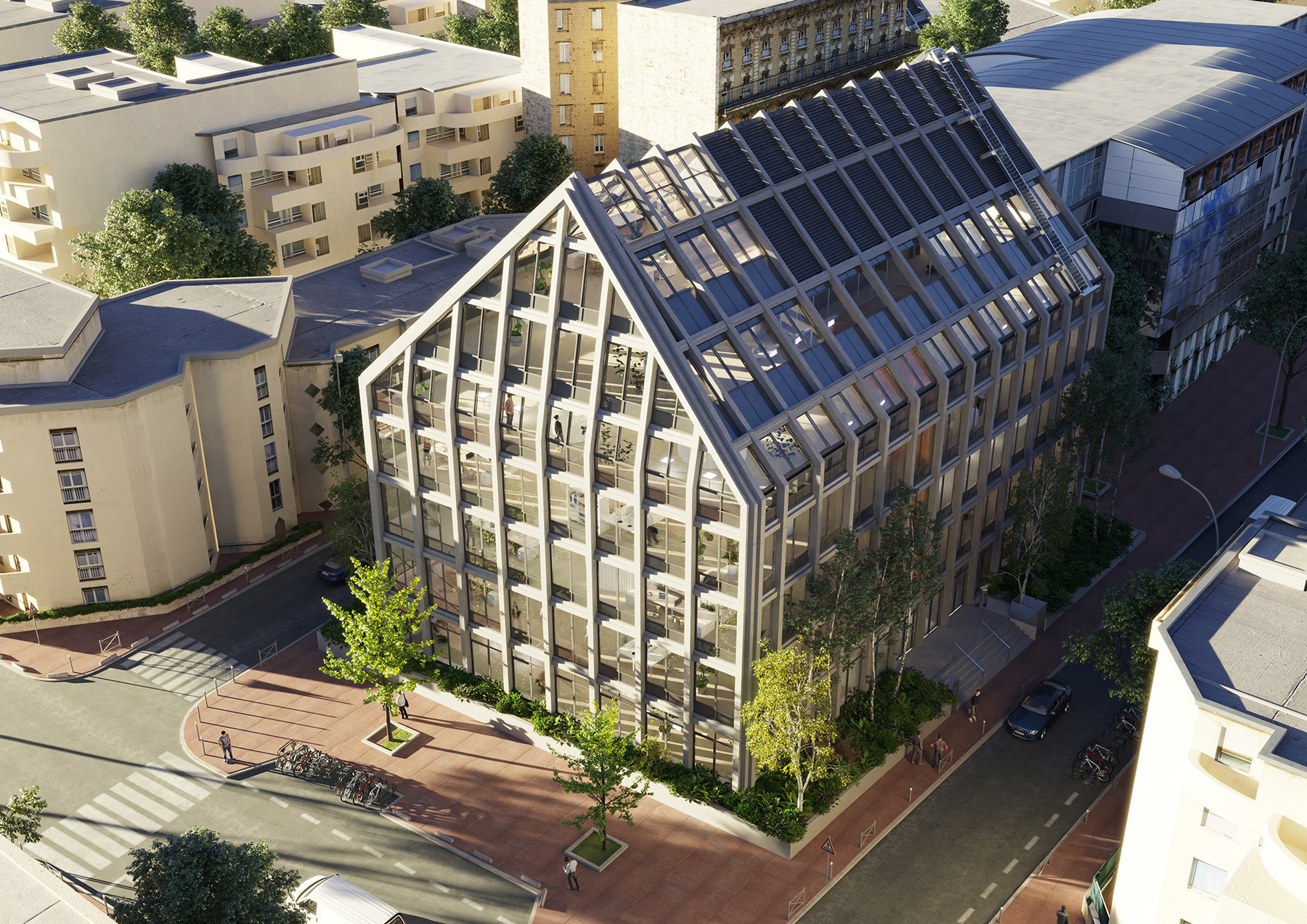 Acquired in 2019 following a consultation conducted by France Télévisions, the former headquarters of the France 5 channel are being redeveloped into an office building meeting the latest standards. Located very close to the city centre, which is undergoing renewal, the building has a prominent position overlooking the intersection of three major urban roads.

Its architecture has a twofold interpretation, an archetypal house in terms of its general shape, and a concrete and glass matrix, which reflects the contemporary codes of the service sector. A planted area around the base complements and highlights the architecture, by redistributing green spaces around the three sides of the project and creating a kind of distance between the public and private spaces.

Its design makes it a flexible and modular property to ensure that the spaces stand the test of time and respond to changing occupancy. The building is integrated into its environment, with a sharp focus on the city-centre amenities helping to improve the quality of life and uses of the building.

The project also has strong environmental credentials and aims to limit disturbance during the construction phase: conservation of infrastructure, structural matrix in prefabricated concrete, circular economy. 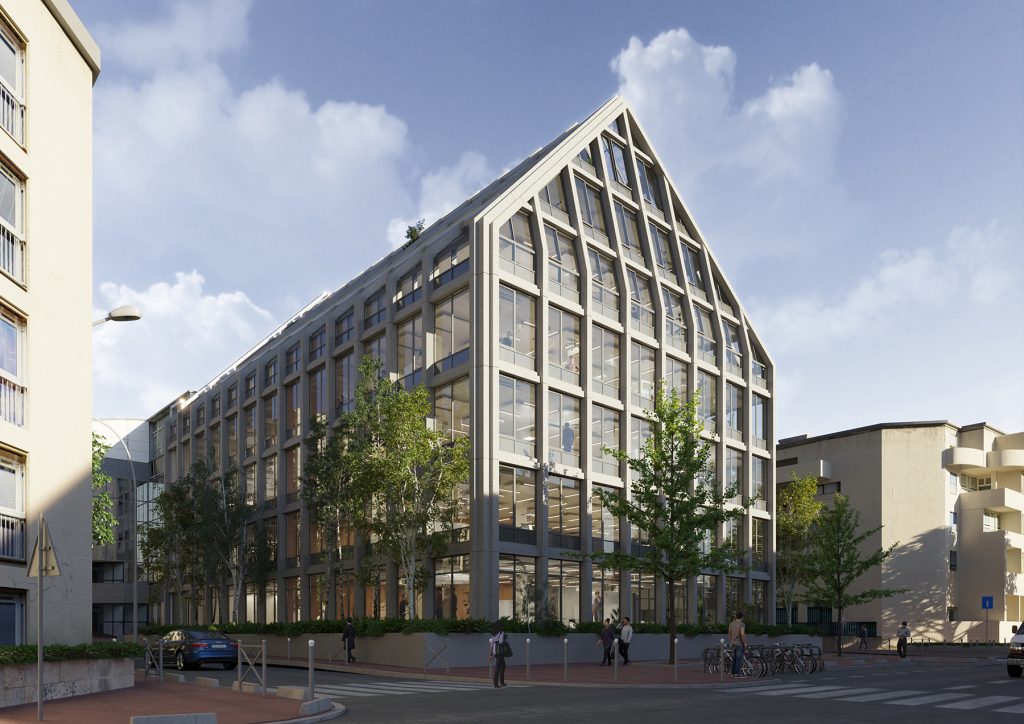 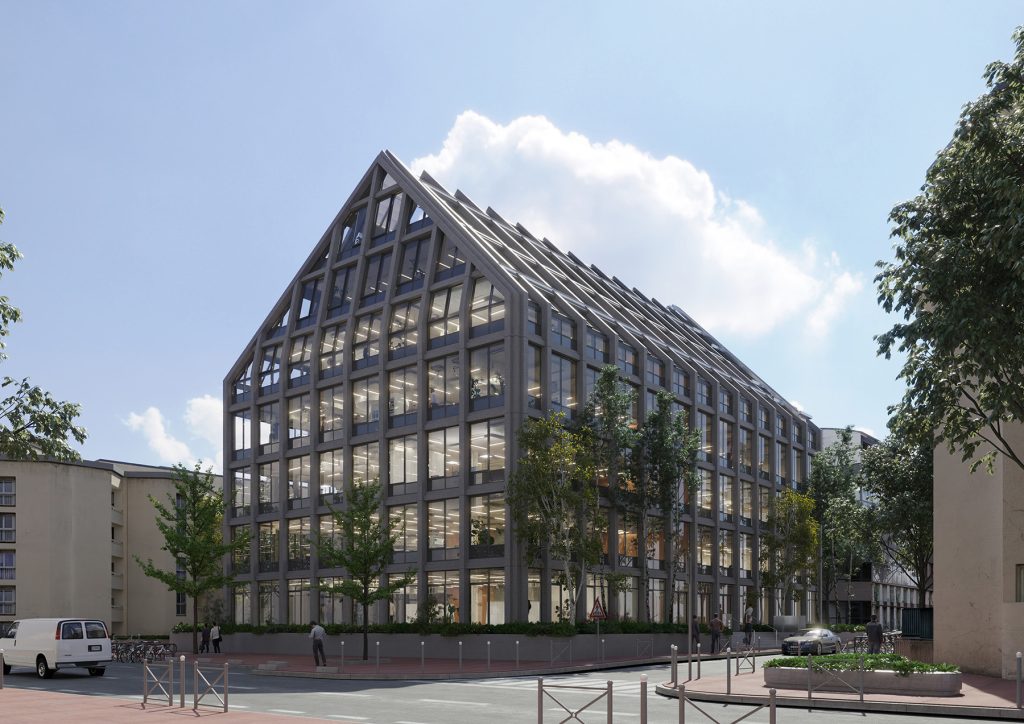 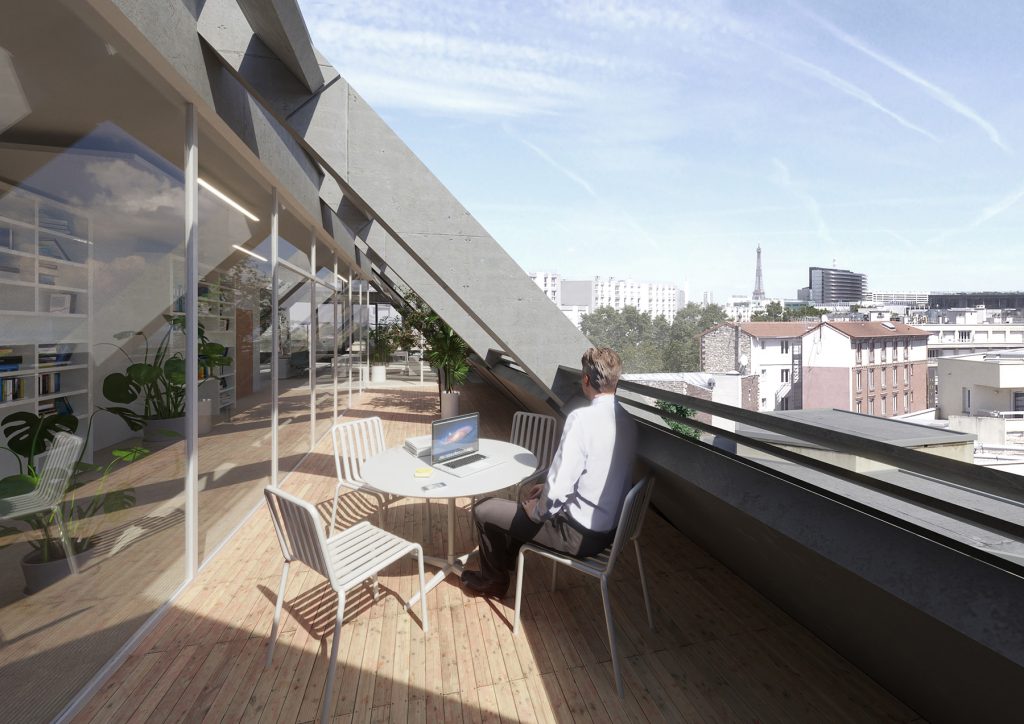